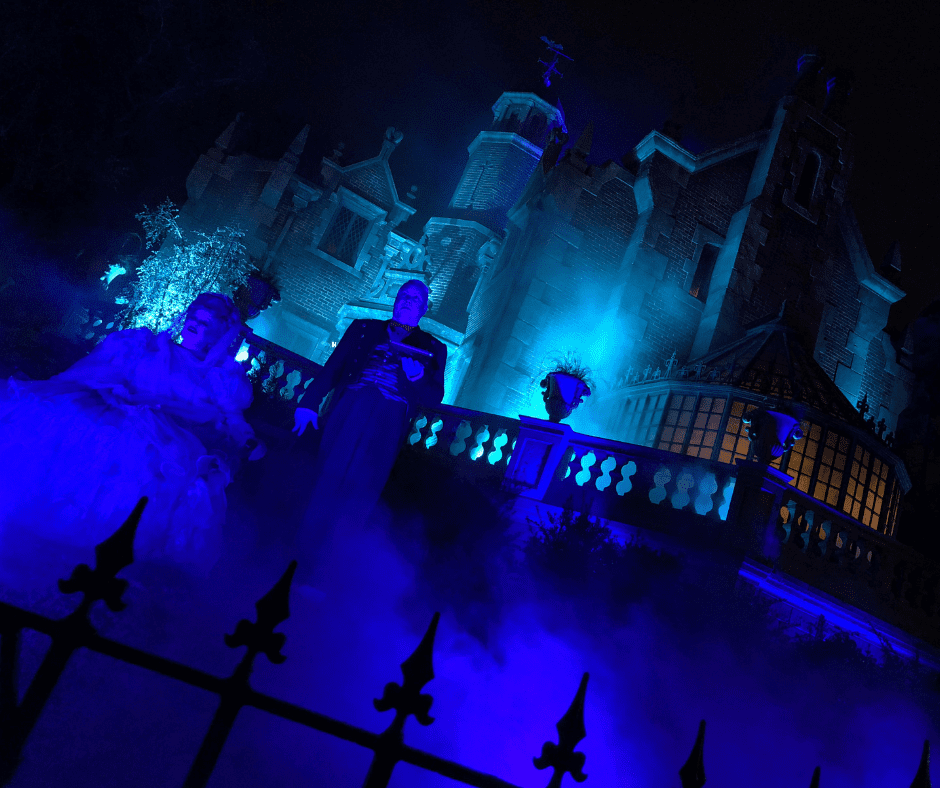 Don’t get me wrong I’m sure it’s fun for kids too… but as a 31-year-old adult walkin’ through the line and saying trick-or-treat while getting handfuls of candy it’s just so much more fun!! (The stuffing my face full of sweets way after my bedtime is pretty cool too)

So even though you don’t get to ride these rides, you do get an inside look at the attraction while it’s closed.

We try to hit up the lines with the shortest waits…I’d rather just buy a bag of candy than wait 30 mins for a handful.

You can find the treat locations inside your MNSSHP park map or by the large inflatable candy corns placed at the locations.

I didn’t snap a pic of the 4 bags full of candy that we got but just know if you go you can keep going back through the lines as many times as your heart desires.

The merchandise for the 25th anniversaries of both Hocus Pocus and The Nightmare Before Christmas was so friggin’ cool!

I picked up this really neat color changing mug at the Emporium on Main Street, USA…

and also a Sarah Sanderson shirt from the Hocus Pocus collection.

There is also merchandise that is exclusive to the Mickey’s Not-So-Scary Halloween Party for 2018.

Each year a new design is created and is limited quantity so I would head to the Emporium, Curtain Call Collectibles, Big Top Souvenirs or Frontier Trading Post first to pick out what you would like.

I missed out on the 2018 Hocus Pocus Villian Spelltacular shirt by being so excited I forgot to get my merch first!

Once I see that castle my mind goes to mush!! So head to get your merch first!

Although these aren’t “free” they are always themed and super elaborate.

It was really cool to get a pic of, but I didn’t much like the taste of the meringue…

I did love those gummy worms though!

We also had the Maleficent Waffle Cone from Storybook Treats…

A lime soft serve inside a black waffle cone and topped with purple sprinkles and hollow chocolate Maleficent horns.

A dessert fit for a villain!!…soooo delicious!!

You can get something similar to this year-round at Storybook Treats called the Peter Pan Float. It doesn’t have the black waffle cone and instead comes in a cup…but it does have the lime soft serve and a chocolate red feather just like Peter Pan’s hat!

For dinner, we had the Meunster Smash Burger from Cosmic Ray’s Starlight Café.

It was something monstrous that’s for sure…

We had the sriracha aioli put on the side in case we didn’t like it but it was really good.

If you’re facing the toppings bar inside Cosmic Ray’s, our table was to the left of the bar directly beside the window. Gorgeous view of Cinderella Castle!

This thing was a Disney pretzel game changer!

I know you can also find these at Disney Springs…

(a little Toy Story Humor..if you got it high five!!)

We try to tackle at least a few rides during the party.

This year we got in a good many attractions that we love just walking by and there only being a 5 min wait.

We rode the People Mover, Dumbo the Flying Elephant, Peter Pan’s Flight, The Many Adventures of Winnie the Pooh, Under the Sea-Journey of the Little Mermaid, Prince Charming Regal Carrousel…

and of course the Haunted Mansion…

This parade is by far my favorite parade at Disney!

and it will have you singing ?Boo-to-You and Boo-to-You?  the rest of the night!!

The parade kicks off with the Headless Horseman trotting through to lead the parade.

Be sure to arrive 15 mins early for the parade or you’ll miss him…and he is spooktacular!

Your favorite characters like Mickey and Minnie, Jack Sparrow, Tinker Bell, Pooh and Friends, and more dance their way down the parade route…

and let’s not forget the Villains!

Oogie Boogie, Jafar, Cruella DeVil, Captain Hook, The Queen of Heart, Hades, Maleficent, and many more of the Disney Villains make an appearance in this epic must-see parade.

The Disney villains are in a frightful battle to take over Mickey’s Halloween Party in a chilling firework spectacle above Cinderella Castle!!

This only happens once during the Mickey’s Not-So-Scary Halloween Party at 10:15 pm and I suggest getting a spot between Casey’s Corner on Main Street, USA and the Walt & Mickey Statue in front of the castle.

I was lucky enough to go live on our Facebook page, and film the entire HalloWishes Fireworks show!

I have saved the best for last…

My absolute favorite part of the MNSSHP is…

This stage show features the Sanderson Sisters who have returned after 300 years to put a spell on you and the entire Magic Kingdom!

With the help of Dr. Facilier, Oogie Boogie, Maleficent and a whole slew of villains the sisters are back and there’s “heck to pay”.

and since it’s shown 4 different times during the party you’re sure to not miss it.

It was another spooktacular event for us at the Mickey’s Not-So-Scary Halloween Party!!

I’m already planning for next year 😆 …

It will mark the 10th anniversary since my first visit to this boo-tiful party an will surely be as amazing as the first time!!

Thanks for Stopping By! 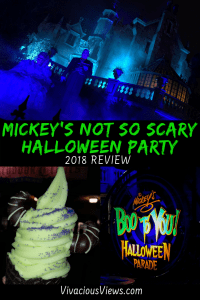 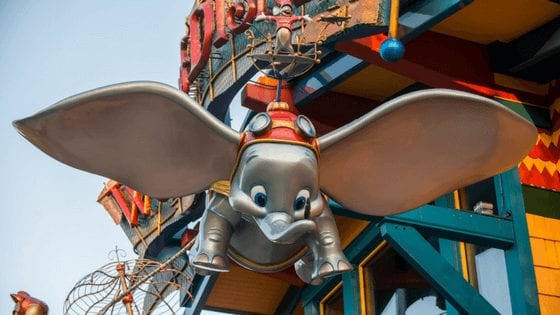 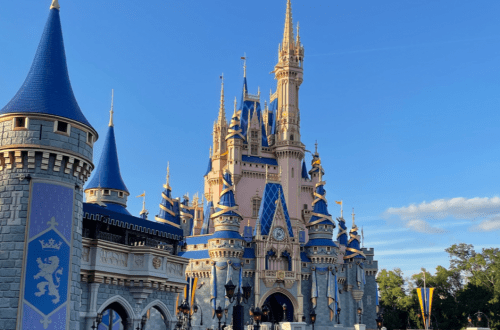 Surprise!! We Went Back to Disney World!! 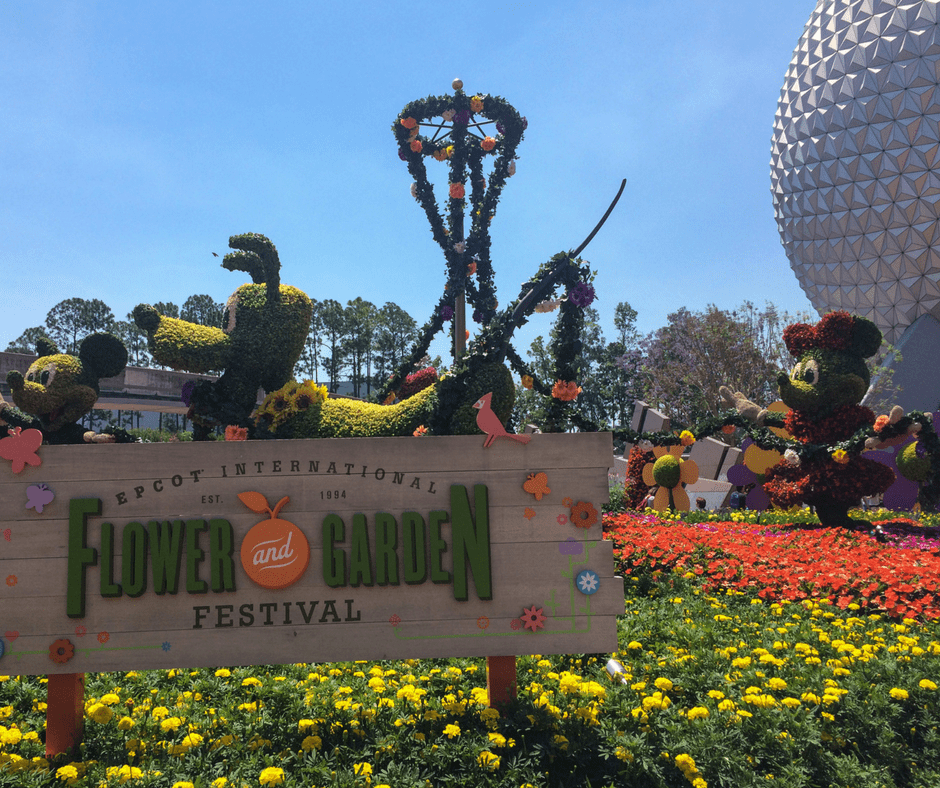 Tips and Tricks for Epcot’s Flower and Garden Festival